The BCGB are pleased to announce this seasons field trials. The Field Trial Schedule can be found here (weblink).

All entries to be made via Fosse Data (weblink).

Track & Trace information must be submitted via an online form (weblink) or e-mailed (weblink to Word document) to ftsec.bcgb@gmail.com by the closing date for entries to the trial. Entries will only be accepted if the Track and Trace information has been received.

Please be aware, should there be a change in government guidelines resulting in cancellation at short notice, it will be out of our control.

We will respond immediately to any changes in Government advice or local lockdowns.

Place: Danby. Directions to be supplied to attendees after the closing date/draw (if needed).

Please note Roy Bebbington is holding a Grouse Pointing Experience Day on the 28th March 2020 for those who are interested or want to make a weekend of their trip. Please see https://www.facebook.com/HungarianWirehairedVizsla/ under Events.

If anyone is interested in being selected please e-mail Loren at ftsec.bcgb@gmail.com  as soon as possible.

Hosted by the Worcestershire Gundog Society

The HPR Team Challenge is a working test where a team of four dogs from each of the HPR breeds will compete against all the other HPR breed teams.

The representatives for each breed will be selected by their breed clubs. Four dogs and a reserve will be chosen and one of the runners nominated as team captain.

The breed teams will be split up so one of each breed will be in each of the four groups.

Each group will have 2 judges. At least 1 will be a panel judge and they will be from different breed backgrounds.

The tests will be of open standard and will consist of hunting, 2 retrieves from land and 1 from water and will be scored 40/20/20/20.

The judges will judge all 13 dogs in their group for all 4 tests.

When all tests are completed the scores for each breed will be added up and the team with the highest score will win. In the event of a draw the teams’ total hunting scores will be calculated and the highest will win. If it is still level, the team Captains will compete in a run off (details on the day).

The prize will be bragging rights over all of the other breeds for 12 whole months (and some other bits, depends on the sponsors). The losers will get the wooden spoon and will have to train harder for next year as they really don’t want to get it twice.

The tests will be run mostly in accordance with the J regs although it’s not a KC recognised event.

This event is intended to be FUN, but serious. After all, who wants to lose to a team of Weimaraners!!! You will need to bring a sense of humour, plenty of banter, whilst still respecting the judges decisions and playing nice with your fellow competitors.

WGDS will host this event and if it’s successful I’d like to think another club, hopefully a regional club, would take it on for next year.

There will be a charge of £60 per team. Personally, I think this should be paid by the breed clubs as the dogs will be chosen by them and representing their breed.

Once the costs of the day have been covered all profits, including the raffle and so on will go to a charity yet to be chosen (feel free to suggest one). This is not a money-making exercise for WGDS.

I appreciate for some breeds there are multiple breed clubs. I am not interested in the politics so I will contact them all and they will have to work together to choose a team. If they can’t get along maybe they can nominate 2 each.

I will need to know ASAP that the clubs will support this event and submit a team.

I would like to know by 31st March who will be in the teams, team captains and contact details.

Note there will be no trainer for this day so handlers should have experience handling dogs.

Meeting time: 8:30am for 9.00am start (directions to attendees via email)

Shot over day for novice dogs.

Please bring your own refreshments. 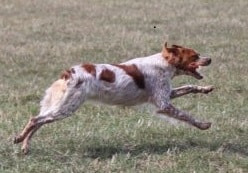 Note all entries are processed via Fosse Data. See Standing Instructions for details re paper entries.