Mortality results
A total of 5 deaths were reported, representing 0.09% of all deaths reported in the Pedigree Breed Health survey. The range of longevity for the Brittany was 3 years to 15 years. Table 1 shows the causes of death for the breed.

Morbidity results
The 57 live Brittanys represented 0.13% of total dogs in the survey. The median age of live dogs for the breed was 4 years (Table 2).  Of the 57 Brittany which the survey covers, 44 had reported no conditions and 13 reported affected by at least one condition (min = 1 condition(s), max = 3 conditions), giving a total of 18 incidents of conditions.

The gender, neuter status and age of neutering summary statistics for Brittany’s are shown in Table 3. There were 51 dogs with responses for Body Condition displayed in Table 4.

The median age the dogs were first affected by a condition was 6 years (min = 0 years, max= 13 years, Figure 3). The ages for the most common conditions is displayed in Figure 4. Table 5 shows the frequency of occurrence of all reported disease conditions for the Brittany.

Table 2: The summary statistics for the dogs’ current age when survey was completed 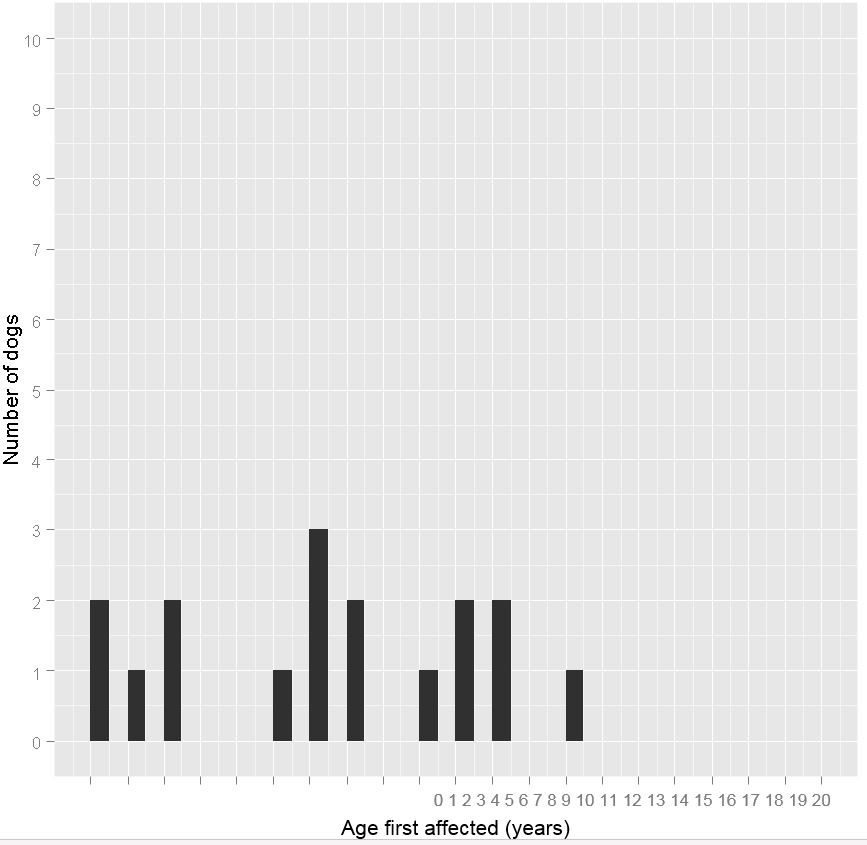 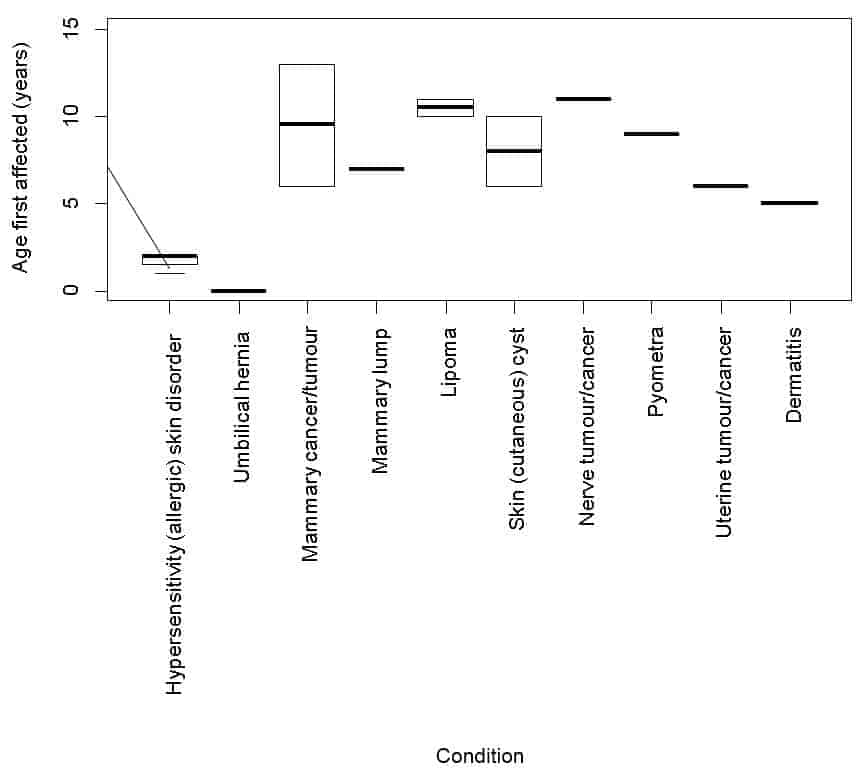 Table 5: The most commonly reported disease conditions in descending order for the breed (N = 57 live dogs)

Summary
From the dogs surveyed, most Brittanys were not affected by a disease condition (77.19%). The most commonly reported disease condition in live dogs was hypersensitivity (allergic) skin disorder. All reported cause of death affected an equal proportion of the reported deaths.